Justice for All – Women and Student Loans

I thought I was coming up with a new word: Shero; the combination of “she” and “hero.” Research indicated the word was first used in the 1800s as the suffrage movement took hold in the US. Disappointed that I couldn’t email Merriam-Webster with this novel word, the next thing that popped into my head was Wonder Woman.

Created by psychologist William Moulton Marston, the Wonder Woman comic book series debuted in 1941. Marston’s goal was to create a new kind of superhero; “one who would use wisdom and compassion, not just her fists, to triumph over evil.”

Known for her patriotic outfit, her Amazon gauntlet bracelets, her royal tiara, and her signature five-pointed star symbols, it is perhaps Wonder Woman’s lasso of truth that best lends itself to the facts I share with you today.

Reined in by the golden lariat are the incongruities that differentiate what men and women experience in financing their educations through student loans.

This isn’t a man-bashing blog post; nor is it a highly feministic cry for justice. It’s just the facts. And appropriately written during the month we celebrate women and their accomplishments.

March was deemed Women’s History Month in 1995, though the origins of this proclamation came earlier. In 1982, Congress requested that the President declare a week in March as Women’s History Week, and thus the tradition began of celebrating the contributions women have made to the United States and recognizing the specific achievements women have made over the course of American history in a variety of fields.

Those achievements, while met with praise and gratitude, have come at a cost; particularly for women who have financed their educations by incurring student loan debt.

The disparity between female and male student loan debt continues to widen. Is this because men’s pockets are deeper than women’s purses? Is it because high-heeled shoes are a bit more precarious than black laced business oxfords? Or does it just come down to inequity and gender bias?

Yet, to pay for their educations, women faced some challenges:

Not only do women make choices regarding their post-graduation career paths, but when they arrive at the office on that very first day of work, the race has already been lost before it started.

Women are more than likely making 18% less than their male colleagues in the same role. The gender pay gap is real and the implications are startling within the student loan debt repayment space.

Because the male employee makes more, he can comfortably make his student loan payments, and thus pay off his loan debt in a timely manner.

Because the female employee makes less, and has more student loan debt, her loan takes longer to pay off. The interest keeps accruing and ultimately, she ends up paying considerably more for her student loan than her male colleague.

According to the American Association of University Women (AAUW), the average male can pay about 13% of his student loan debt each year, compared to just 10% for the average woman.

An additional situation for women that affects their student loan indebtedness is the fact that more women attend for-profit colleges, versus private or public institutions. Student loan amounts, borrowed by women and based on the school they chose, again show the towering levels of monies owed.

And now consider the lives of women who chose to attend a for-profit college. Why do some women make that choice? Because for-profit colleges offer convenient class structures (often in the evening and on weekends). Women bear the brunt of childrearing, homemaking, and often work outside the home. To fit educational goals into a twenty-four-hour day, a flexible course schedule is necessary.

Unfortunately, the quality of the degree received may not reap the return expected and in this “women-can-do-it-all” world, sometimes employment, childcare concerns, or lack of finances compete with the desire to complete degree coursework. Only 23% of students at for-profit colleges graduate within 6 years and nearly 30% of the 630,000 students who attend for-profit colleges are single mothers.

In 1982, when President Ronald Reagan issued Proclamation 4903, declaring Women’s History Week, he said that women’s “diverse service is among America’s most precious gifts.” Furthermore, the President wanted to “recognize the many contributions of American women [which] at times have been overlooked in the annals of American history.”

Readers, as I wrote earlier in this blog – my intent in writing this post was to present the facts. Yet, as I conclude, I feel frustrated. Frustrated by the strides women still need to take toward equality. Frustrated that student loan debt affects women profoundly because their levels of debt are greater than men’s and their salaries are lower. And frustrated because for-profit colleges prey on females who are just trying to acquire a degree. Perhaps frustration is a good thing as it often prompts action.

At Impact Capital Funds, our desire is to provide qualified borrowers with an opportunity to refinance their student loans, without frustration. Truth be told, our company was born of an eagerness to do just that.  And while we are not able to undo history, we hope to significantly alter the future within the student loan refinancing sphere.

Wonder Woman’s history is a long one. For eighty years, she has stood as a symbol of strength, justice, and equality. This shero, portrayed in comic books, movies, a television show, direct to DVD films, video games, and even a Legos set, was conceived because William Marston wanted to create a feminine character with all the strength of Superman. He wanted to combat the idea that women are inferior, and he hoped to propel girls toward self-confidence and achievement.

A lot has changed for women over the years, but there are still truths that require action and adjustments.  As Wonder Woman said, “What one does when faced with the truth is more difficult than you’d think.” Personally, I could choose to be silent; instead, I’ll grab my golden lasso and shout, “Justice for all!” 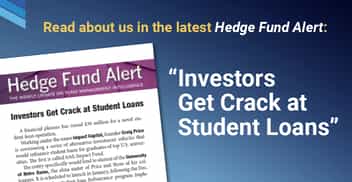 We are delighted to announce that Impact Capital Funds (ICF) has been featured on the prestigious... 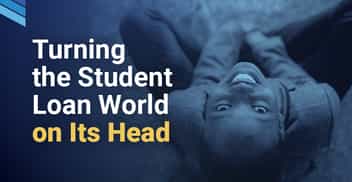 Turning the Student Loan World on Its Head

Sean remembers the day that his parents made their last student loan payment. A thin letter arrived... 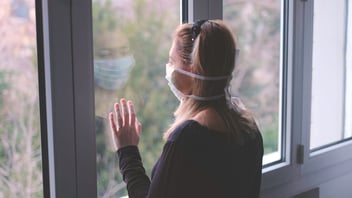 Let’s Talk About It

This month marks one year since the US has been dealing with Covid-19. Each day, the news media...