The Wind Beneath my Wings

I have always loved dragonflies. One summer, a decade ago, I spent hours sitting on a dock. That afternoon, dragonflies were drawn to me; landing on my legs and arms like I was a steady place to perch in a windy world.

I have rescued dragonflies too. When I have seen one floating in a pool, I have gently scooped it up. Resting in the palm of my hand, I’ve wondered if it has passed on…but no – a slight flittering or the movement of its mouth allowed me to know that sometimes, all you need is a little hope.

Student loan debt affects an array of areas in one’s life. Consider the borrower, right of out college, and beginning life as an adult.

Prior to graduation, the borrower may have attended college job fairs. When thinking about future employment, the chosen offer may not have been linked to what the borrower was passionate about. It may have come down to what a future employer could pay; a wage that would allow for living costs as well as monthly student loan payments.

At the same time, student loan payments may also influence decisions made regarding “where to live” affordability. Perhaps the borrower made that choice based on low-cost of living, which could include living at mom and dad’s for a while, back in a high-school bedroom. That could be a small blessing as some parents do not charge rent, allowing for their child to be able to save money, while also repaying loans. But what twenty-something wants the four walls of childhood hampering the opportunity to start “adulting?”

Let’s say the borrower is now employed, post-graduation. While the idea of pursuing a graduate degree flew around his or her mind, the dread of taking on more student loan debt causes that dream to quickly lose ground.

Living in a crowded apartment, trying to make ends meet, the borrower contemplates taking on a part-time second job, assuming the additional income will allow for speedier repayment of student loans. Dreams of joining a start-up business or joining the Peace Corps have fallen from the sky more quickly than raindrops.

A new car? Out of the question. Envy of those with no student loan debt? Yes. A vacation (you’ve got two weeks now that you’re employed)? No way. A trip home to see the family? Maybe once a year. New couch (that college couch has seen better days)? Perhaps, from Ikea. Money to spend taking a date out? Well, a movie might be affordable (but with popcorn and a soda; now you’re broke!). A shoestring budget; a prison sentence – looking at 10-20 years of repaying those loans.

As life flutters toward the next milestones to be met, those that seem to signify full-fledged adulthood, many student loan borrowers forge ahead with clipped wings. Four areas of concern for this educated and employed group are:

Americans have long believed that a college education is the key to success, and while such graduates still fare better financially, rising student debt levels are changing how millions of people approach major milestones and core financial decisions, affecting long standing social and economic patterns.

The Winds of Change

Let’s waft over student loan debt for a moment. It can be overwhelming and debilitating. It can impose upon every dream and goal borrowers hold dear.

How can Impact Capital Funds make a difference in the lives of those burdened by this debt? Consider refinancing your student loans with us. Imagine this scenario:

Impact Capital Funds can save you money. It’s what we do. Let us be the wind beneath your wings. The barometric pressure is rising, and the winds of change are steadily blowing. A dragonfly on that breeze skims and glides. It can fly backwards and hover like a helicopter; it can reach an altitude of 2.29 miles and can rotate its head nearly 360°. According to legend, the dragonfly symbolizes a change in perspective and a shift towards self-actualization. Looking for a new flight plan? Change YOUR trajectory with Impact Capital Funds. 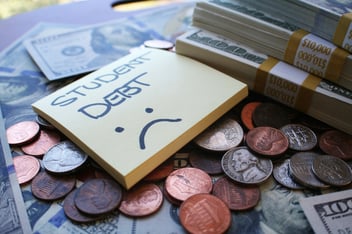 How Did We Get Here? The History of Student Loans

In his inaugural address on March 4, 1801, Thomas Jefferson said, “Let history answer this... 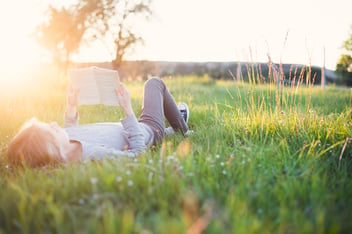 Meet our CEO – Steps Along the Way (Part I)

How do you tell someone else’s story? With dignity and truth, with a desire to draw readers in and...

Justice for All – Women and Student Loans

I thought I was coming up with a new word: Shero; the combination of “she” and “hero.” Research...